Trutek has the rare distinction of being one of the select few enterprises that offer shower tester systems to the auto industry. We offer the manual as well as PLC-based systems in conveyorized and static shower testing categories.

With over 25 successful installations in the past one decade, Trutek is definitely amongst the leaders in shower testing technology in India. The major national and international players in the automotive sector have shower testing facilities designed and made by Trutek, with most of them entrusting with us with repeat orders. In keeping with our spirit of innovation, we have created a shower tester from toughened glass, which is installed at the factory of a leading automotive manufacturer. Indeed, this shower tester is the first of its kind in the country.

We feel obliged in mentioning that Trutek has contributed significantly to upgrading the IS for shower testing for the nation’s auto industry. The Vehicle Research and Development Establishment (VRDE), Ahmednagar and the Automotive Research Association of India (ARAI), Pune, have consulted with us extensively and based their revised testing standards on our designs. 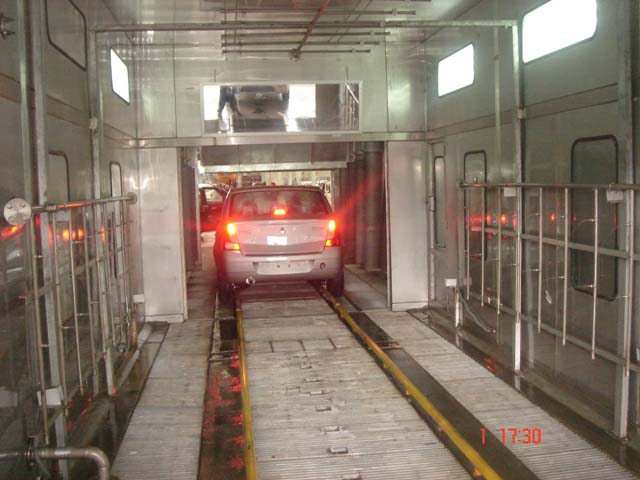